Ravi Vyas Musings of a Learner

What will it take for India to be a true mobile-base economy?

The Indian mobile internet ecosystem has grown a lot recently, but we are still far away from being a mobile-based economy.

This post originally was written by me on YourStory 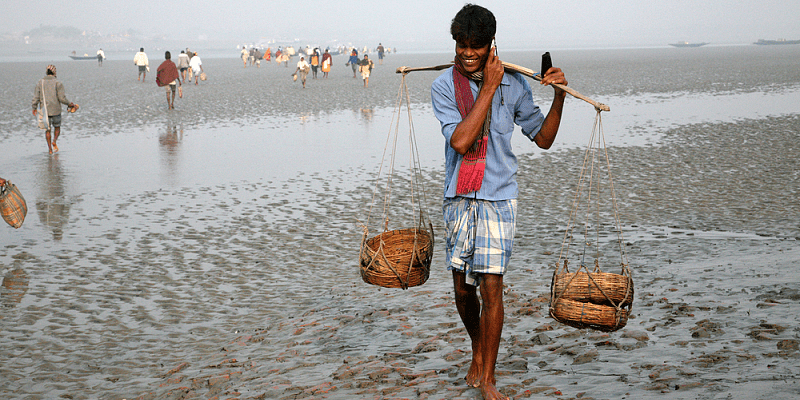 A few years ago, someone told me that India is a massive market where two opposing ideas can co-exist. Every year, this rings true whenever I hear conversation points like,

The Indian mobile internet ecosystem has grown a lot recently, and yet we are still far away from being a mobile-based economy. In fact, we should be a little weary of the recent growth. To double or even triple from here, we need to do a lot more than give away free data.

Where are we now?

Here is how India is doing vis-à-vis mobile internet 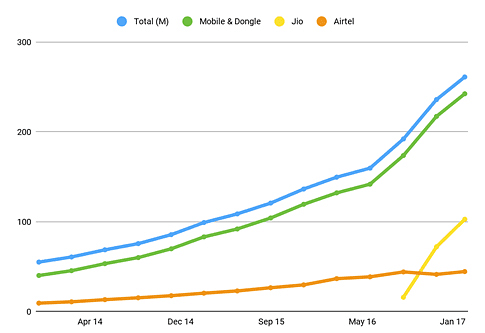 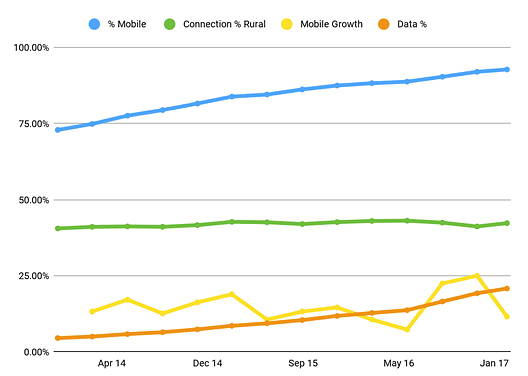 We need to be wary of short-term growth metrics

The need for more hardware

Shipments of smartphones have not shown consistent growth. Growth is steadily declining, and one way I look at it is those who could buy a smartphone did, the rest are waiting for their purchasing power to increase. With that being the case, mobile internet is bound to plateau again given the fact that around 300 million smartphones have been shipped to India in the last four years.

What happens from here?

Startups in India and other emerging markets have pitched the mobile as a primary screen. This is true, the mobile is the first computer many Indians experience, but the job the mobile is doing for them is not the same as a PC. The mobile is going to be a more intimate and important device for them.

With all this happening, the current and next Unicorns need to address the education problem. People need to know how to use smartphones and how to use the operating systems. They need to know how to use the combination of the mobile phone and the internet to simplify their life and make them more productive. Since many have not used a computer ever, they don’t know many of the human-computer interface paradigms. It is not hard to see a future where people don’t know that an “X” button can close something like a “window”. Even the concept of “closing” an app may be farfetched.

Technology may well need to simplify itself for the next billion worldwide. Like what WeChat has done with QR codes for payments, it has removed all the cognitive load for payments, you don’t need to know a card number, CVV, and one-time passcode etc. Just scan and get it done.

One can argue that the Snapchat spectacles are actually the simplest video recording devices on earth. Just one button, using our own eyes as a viewfinder (the challenging part is using Snapchat). A lot of the initial work on getting the next 500 million Indians may well have to be done by the government, who will have to get the basic services on to the mobile ecosystem in the cheapest, most efficient way. Probably have a ‘mobile version’ of the ‘cyber cafes’ to make mobile services more accessible to others. We might need to change the paradigm of mobile being a personal device.

The next Unicorns will also need to innovate on new viable business models as the purchasing power of the next 500 million won’t increase overnight.

Ads won't work for the next 500 million as they will not have the same purchasing power as the first 300 million folks. As long as the cost of acquisition via ads is more than the lifetime value, trying to acquire such users won’t make sense. They won't be spending as much as the first 300 million. Increasing revenues from the current user base will just get harder as time goes on.

Indian startups need to start focusing on growing the pie, rather than profiting from the current pie. India has a long way to go to be a digital behemoth. This is more important for the next large startups as they won’t be trying to compete with the current incumbents on the incumbent’s playing field.